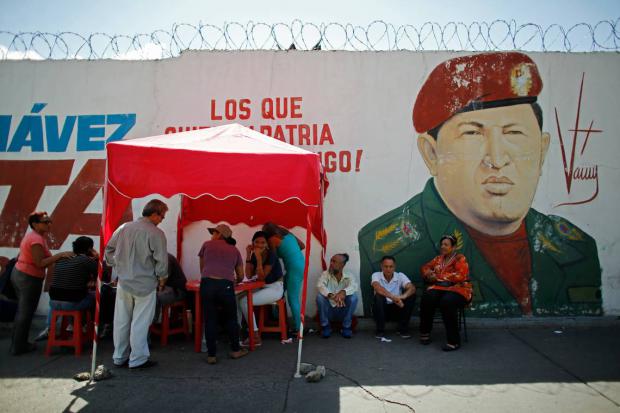 And that decision all but guaranteed that embattled President Nicolás Maduro will rule the shattered country through 2025 — even as dozens of nations, including the United States, are calling the election a sham.

While some polls showed either man could have beaten the deeply unpopular Maduro given normal turnout, an opposition boycott destroyed that hope, said Jesús Seguías, with the DatinCorp polling firm.

Even if Maduro, 55, were prepared to engage in outright ballot-stuffing to win the race "the elevated abstention made it unnecessary," he said in a statement.

From the onset Sunday, it was clear that this was no regular vote. As social media was flooded with pictures of desolate polling stations, state-run television used tight shots to hide meager lines.

An exit poll by Meganalisis estimated that only 17 percent of the 21 million registered voters went to the polls, compared to 80 percent during the last presidential election in 2013. Exiled opposition leader Antonio Ledezma called it an "epic act of civil disobedience."

And anti-government rallies were held in dozens of cities around the world, including in Miami.

Even so, the government crowed about a "massive" turnout and was likely to report much higher numbers.

The debate over the true tally will likely rage for days, but it's clear that Maduro's hopes for an unassailable show of public support crumbled amid domestic and international condemnation.