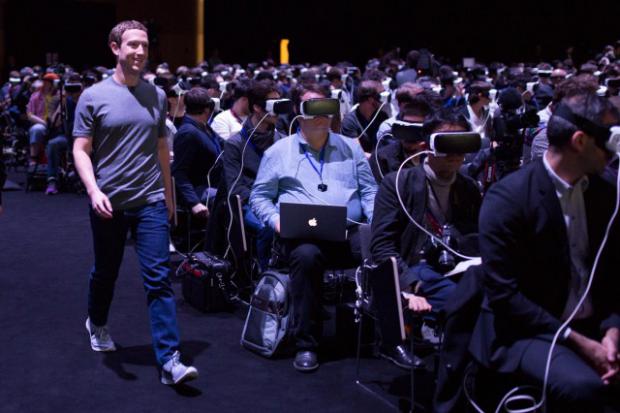 (Natural News) As if things weren't already bad enough for Mark Zuckerberg's baby, Facebook (the world's least trusted company at this point), now they are apparently working on a secret project behind the scenes that has nothing to do with social media, and everything to do with scanning people's brains as part of a sinister artificial intelligence (AI) endeavor.

Known as "Building 8," the research and development venture involves manipulating the human central nervous system in order to build so-called "augmented reality" technologies that blend real life with fantasy. And heading it up is none other than former DARPA executive Regina Dugan, who will spearhead the program's success – "in the style of DARPA," of course.

In case you aren't aware of what DARPA actually is, it's a program of the United States military-industrial complex. Known in full spell-out form as the Defense Advanced Research Projects Agency, DARPA is basically the U.S. military's "high-tech" division, some of its other projects including a $100 million "genetic extinction technology" that involves weaponizing genetically-modified organisms (GMOs) as part of a global eugenics program.

Building upon these and other technologies she learned about while still at DARPA, Dugan will apparently work towards exploiting the human brain in order to input its functionalities into AI systems that, should Zuckerberg one day get his wish, might be used to merge the Facebook application directly into people's minds.

"You're going to just be able to capture a thought, what you're thinking or feeling in kind of its ideal and perfect form in your head, and be able to share that with the world," Zuckerberg stated about the endgame of the project.

By merging human thought into Facebook's augmented reality (AR) technology, users will never have to log in or log out of Facebook, as it will always be "on" inside their heads. Facebook applications will also presumably one day have the ability to deliver whatever users want to see directly into their "newsfeeds," which of course will be broadcast 24-7 directly into their eyes and even into their thoughts.

Dr. David Martin - How Did We Get Here?

The Next War - Powered by Social Engineering

Tech execs keep their children away from social media...

Censorship Is Being Used To Institutionalize Disinformation and To ...

What Is Gather? The Virtual Meetup Platform Explained

A Case of "Intellectual Capture?" On YouTube's Demonetization Of Bret Weinstein: Taibb