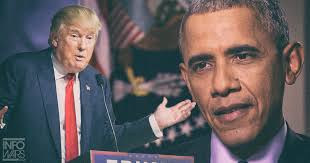 A former aide to the President has claimed that the FBI was not the only agency under the control of Barack Obama to attempt to infiltrate the Trump campaign, and that there were in fact multiple plants.

Republican consultant Michael Caputo made the charges during an appearance on Fox News Monday.

"Let me tell you something that I know for a fact. This informant, this person [who] they tried to plant into the campaign … he's not the only person who came into the campaign." Caputo said.

"And the FBI is not the only Obama agency who came into the campaign." he added.

"I know because they came at me," Caputo continued. "And I'm looking for clearance from my attorney to reveal this to the public. This is just the beginning."

Caputo suggested that when the full picture is known, former Director of National Intelligence James Clapper and others within the intelligence network will face punishment.

"When we finally find out the truth about this, Director Clapper and the rest of them will be wearing some orange suits," Caputo stated.