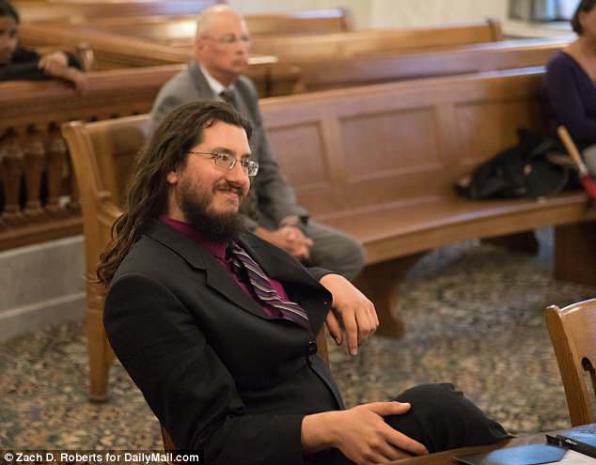 The couple have been trying to evict their unemployed only-son Michael for months because he refuses to pay rent or contribute in any way around the house.

Michael argued in court on Tuesday that legal precedent allowed him six months notice before his parents could kick him out. The judge pointed out another case that nullified that previous decision, and called six months an 'outrageous' amount of time to ask for. Michael responded that it was 'outrageous' to evict him.

He left court frustrated, refusing to speak to his parents and saying he didn't think the judge read the case fully, according to CNY Central. He says he will appeal the decision.

'I am just so outraged,' he DailyMail.com outside of court on Tuesday, adding that he has been taunted by conservative groups for being a 'liberal millennial'.

1 Comments in Response to Judge sides with parents trying to evict their unemployed millennial 30-year-old son...