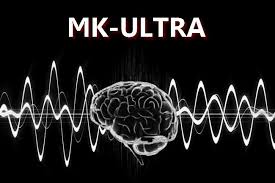 Survivors and families of those who were affected by Project MK-Ultra, also called the United States Central Intelligence Agency (CIA) mind control program, administered at McGill University's Allan Memorial Institute in Montreal are preparing a class-action lawsuit against the Quebec and federal governments because of what they alleged had been done to them five decades ago.

According to the Canadian Broadcasting Corporation (CBC), more than forty Canadians for the first time gathered at a Montreal condo over the weekend to share their disturbing stories about how MK-Ultra destroyed their lives.

"The government should offer an apology and there should be recognition of the injustice that was done," says Gina Blasbalg, who unknowingly became a patient at the Allan Memorial Institute in her teens in the 1960s.

Survivors Allied Against Government Abuse (SAAGA), as the group calls itself on Facebook, includes both victims and family members of Canadians who unknowingly participated in the CIA-funded brainwashing experiments under the supervision of Dr. Ewen Cameron, director of the psychiatric hospital between the 1940's, 50's and 60's.

During the length of the program, Cameron conducted "depatterning" and "psychic driving" experiments that attempted to erase a patient's memories and even attempted to reprogram them with new thoughts.

The Canadian government funded Cameron with roughly $500,000 between 1950 and 1965 — $4 million in 2018 dollars, along with sizeable funding from the CIA. Project MK-Ultra at Allan Memorial Institute in Montreal operated using a front organization called the Society for the Investigation of Human Ecology.

Patients started the program with relatively insignificant mental health issues, such as anxiety or depression. In many cases, Cameron tested "drugs like LSD and PCP, medically induced sleep for extended periods, and oversaw extreme forms of electroshock therapy and sensory deprivation," explained CBC. 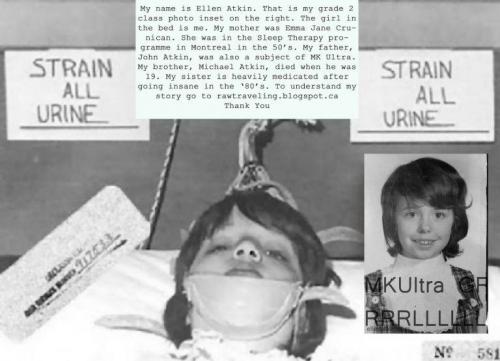 My name is Ellen Atkin. That is my grade 2 class photo inset on the right. The girl in the bed is me. My mother was Emma Jane Crunican. She was in the Sleep Therapy programme in Montreal in the 50's. My father, John Atkin, was also a subject of MK-Ultra. My brother, Michael Atkin, died when he was 19. My sister is heavily medicated after going insane in the '80's. (Source:  rawtraveling.blogspot.ca)