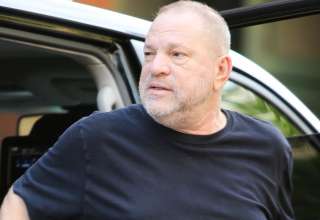 The fallen Hollywood honcho is expected to be charged with preying on Lucia Evans, who told investigators that Weinstein forced her to perform oral sex on him in 2004, and at least one other accuser, sources said.

Evans told The New Yorker she was an incoming college senior trying to break into the film business when she met Weinstein at a nightclub.

The movie mogul invited her to the Miramax office. Soon after she arrived for the daytime meeting, Evans said, Weinstein pulled her head down to his crouch.

"I tried to get away, but maybe I didn't try hard enough. I didn't want to kick him or fight him."

The Manhattan District Attorney's office is expected to bring charges against Weinstein after a months-long probe with the NYPD, sources said.

Because of the nature of the allegations, the statute of limitations does not apply.