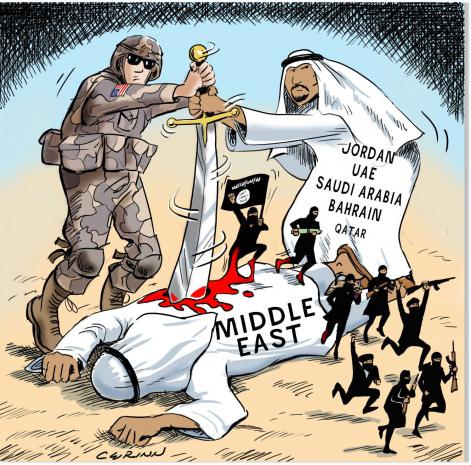 The Israelis and the Saudis will settle for nothing less than the complete destruction of Iran. If the endgame becomes a reality, this will be a replay of what Bush and his neocons did to Iraq, only on a much larger scale. It's no secret the neocons, including Trump's new national security adviser, have long advocated bombing Iran.

Since at least 2001, the US has planned in one form or another—including color revolution—to either destabilize or attack Iran outright. Former NATO commander Wesley Clark told Democracy Now in 2007 the neocons formulated plans to attack not only Iran, but also Iraq, Syria, Lebanon, Libya, Somalia, and Sudan. The primary objective is not preventing Iran from building a nuke—which both US and Israeli intelligence admit they are not doing—but rather the destruction of Iran along the lines of the destruction and division of Iraq into ethnic and religious enclaves. In Iraq, the US claimed it was only interested in destroying Saddam Hussein's weapons of mass destruction, which of course did not exist. The plan was from the start to destroy infrastructure essential for human life, in essence engaging in genocide of an entire people.