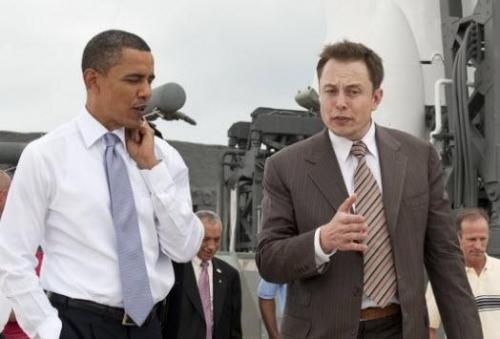 At first glance, Elon Musk appears to be a quintessential capitalist success story. The South African born-American technology magnet, lead designer of SpaceX, and product architect of Tesla, Inc. is now ranked 25th on Forbes Magazine's list of the World's Most Powerful People, and as of February 2018, Forbes has Musk listed as the 53 rd richest person in the world.

One might conclude that Musk's staggering wealth was produced via faithful adherence to the timeless and inexorable principles of laissez-faire capitalism, where personal wealth is accrued through the federal government leaving commerce alone and staying outside the affairs of private industry. However, this perception of Elon Musk's economic independence from government interventionism is largely a fabrication and carefully manufactured distortion since Musk has personally enriched himself through a whole lot of government favoritism and statist interference in the private sector economy.

At this point, Musk has received well over $5 billion in government support. Previous reports have shown over 80 percent of SpaceX's contracts come right from Uncle Sam. Given that the government is most space contractors' top customer, this may not seem like a big deal. In fact, last July one Mises Wire columnist arguedthat Musk is a "mixed hero" because, although living largely off government largesse, he has "successfully [executed]" big ideas that benefit consumers in the "'really existing' world."