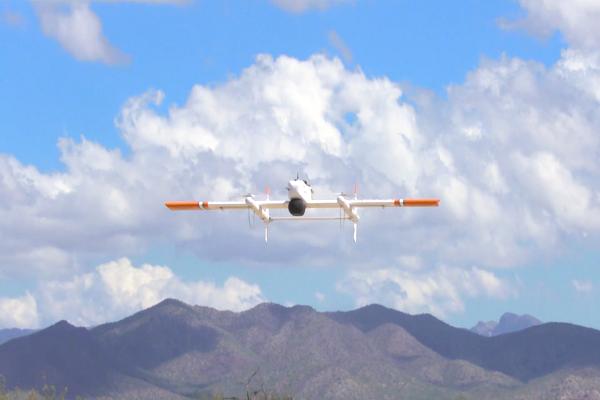 This kind of technology could have saved the Titanic, CEO and co-founder Hannan Parvizian quipped.

The company shared footage of a recent test flight over Lake Pleasant in Arizona with CNBC where its drones took off from and landed on platforms attached to moving boats.

Volans-i's drones are able to travel for up to 500 miles carrying 20 pounds of cargo at a time at a top speed of 200 miles per hour. (A delivery from Los Angeles to San Francisco would take three to four hours.) They are able to do this by employing fixed wings along with vertical-take-off-and-landing systems for flight, and both batteries and fuel for propulsion.

Because the Volans-i drones can take off or land on any flat 15-by-15 foot platform, the company and its customers don't have to build any special infrastructure to make or take deliveries.

Regulators are still figuring out how drones will be allowed to operate in lower airspace above the U.S. But Volans-i is one of a spate of companies that wants to become a next-generation, drone-based UPS, Maersk or FedEx.