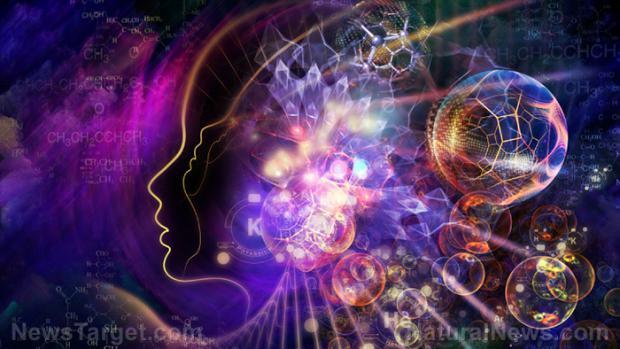 (Natural News) The ability to implant artificial thoughts, memories, and sensory experiences into people's brains isn't that far off, according to new reports.

Researchers from the University of California, Berkeley are working on a new technology that they say will one day make it possible to perform virtual brain implants – all from a device that they claim will be small enough to fit into an ordinary backpack.

Known as "holographic brain modulation," the technology involves the use of light to alter brain function, all by projecting holographic images into brain cells. Using advanced technological trickery, these holograms basically fool the brain into thinking that it felt, saw, or sensed something that wasn't actually there.

The flashes of light that the device creates act as tiny control units for operating brain neurons, effectively simulating experiences and life events that never occurred in reality. But the holographic implants make it seem as though they did, and patients would theoretically have no clue one way or another.

Researchers say that such technology could be beneficial in helping patients with post-traumatic stress disorder (PTSD), for instance, overcome negative and damaging experiences by artificially replacing them with pleasant ones. Another potential benefit involves helping blind people to "see," and paralyzed people to "feel touch."

Holographic brain implants have the potential to "imprint" pretty much any type of brain programming that a person wants, whether it be happy memories, positive achievements, and even the erasure of negative memories and experiences.

Tests on mice found that the application of optogenetics, as it's called, or the use of light to control cells in living tissue, was able to effectively synthesize a variety of brain activity patterns in the animals. The mice were basically tricked into believing that they had felt, seen, or sensed various stimuli that weren't actually there – which was precisely the goal.