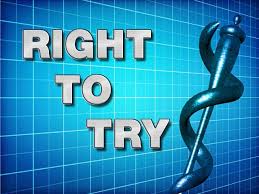 President Donald Trump has championed the right for terminally-ill patients to try medications that have not been fully approved by the FDA. Legislation to enact this was recently approved by Congress and put on the President's desk, but it may allow patients to use MDMA and psychedelics in the future.

The House approved the 'Right to Try Act' earlier this week by a 250 – 169 margin, following the Senate that passed it last year by unanimous consent. This follows thirty-nine states that have chosen to enact similar laws at the lower levels. The Congress has now followed suit, and the President is expected to sign the bill.

"Americans shouldn't have to ask the government for permission to try to save their own lives," said Darcy Olsen, president of the Goldwater Institute that has pushed 'Right to Try' at the state level for years. "They should be able to work with their doctors directly to decide what potentially life-saving treatments they are willing to try. This is exactly what Right To Try does."

But there could be an unexpected consequence of this bill: deathly-ill patients may use MDMA, better known as ecstasy, and psychedelic drugs including psilocybin mushrooms to treat certain ailments.

(A) for which a Phase 1 clinical trial has been completed;

(B) that has not been approved or licensed for any use under section 505 of this Act or section 351 of the Public Health Service Act;

(C) (i) for which an application has been filed under section 505(b) of this Act or section 351(a) of the Public Health Service Act; or

(ii) that is under investigation in a clinical trial that—

(I) is intended to form the primary basis of a claim of effectiveness in support of approval or licensure under section 505 of this Act or section 351 of the Public Health Service Act; and