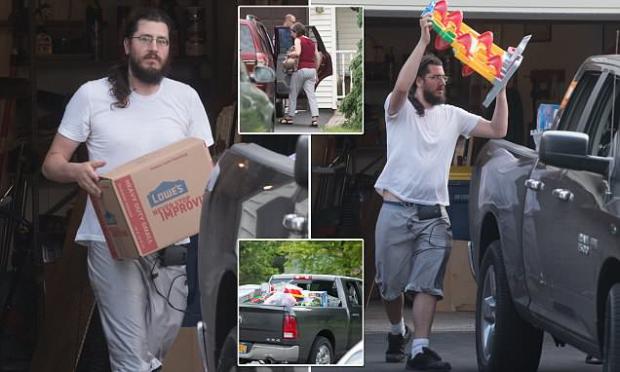 Michael Rotondo, 30, packed up and moved out of his parents' home in Camillus, New York about two hours short of the court stipulated noon deadline

Speaking to DailyMail.com Rotondo said that he felt 'great' and that his parents had 'more or less' said goodbye

His parents, Mark and Christina, did not emerge from the home to wave him off

Rotondo's cousin Anthony Mastropool was seen helping him load his belongings, including boxes of children's toys, onto his truck on Thursday