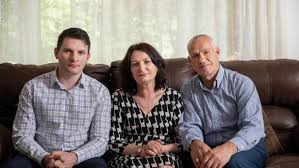 Rustem Kazazi, 64, was headed to his native Albania to visit relatives in October, according to a federal lawsuit that he, his wife, Lejla, and son, Erald, filed this week in Ohio against the agency and others.

The suit alleges Customs and Border Protection used civil forfeiture laws to take the money without arresting or charging anyone with a crime.

Kazazi had planned to spend six months in Albania and buy a vacation home for retirement on the Adriatic coast, according to court documents. He also wanted to help members of his extended family, who are struggling, the court documents said.

To make the transactions easier and avoid bank fees, he reduced his family's life savings to cash, packed it in a carry-on and brought it with him to the airport, according to the family's lawsuit.