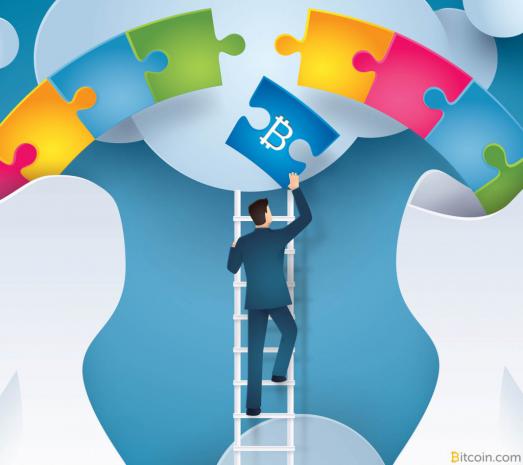 "Our civilization depends, not only for its origin but also for its preservation, on what can be precisely described only as the extended order of human cooperation, an order more commonly, if somewhat misleadingly, known as Capitalism."

Cryptocurrency brings order to the monetary realm. It may seem like chaos because the word "order" is often used as a synonym for "uniformity." Lines of military march in tandem across a parade field, or an entire industry runs by the same mandated standards and practices. By contrast, crypto seems like the Wild West, largely due to three factors: crypto embodies the polar opposite of military unity, spontaneous order; crypto is in its evolving infancy, still struggling to find equilibrium in institutions, customs, and price; and government regulation and restrictions hinder its innovative development by trying to enforce conformity.

Government argues that it needs to intervene because the market place in crypto cannot regulate itself.

The Almost Unadulterated Good of Civilization

Civilization is an amazing benefit to mankind. It provides "goods" such as knowledge, prosperity, culture, progress, and emotional self-fulfillment in a manner impossible to man in isolation. Retreating to isolation becomes preferable only when a "civilization" is so totalitarian that it strips away all freedom and becomes a danger to life itself. Then, antebellum slaves flee North with hounds on their heels. Then, desperate youths climb a barbed-wired wall in East Berlin, despite guns trained on their backs. They escape a savagery that passes for civilization, and risk death to do so.

A pivotal question for free crypto is whether the free market can establish monetary civilization. This question breaks down: how does order arise, and how does it decline? The questions are pivotal because, if freedom cannot provide a healthy society, then a central authority will fill the void. Murray Rothbard famously cast the political struggle throughout history as Power versus Liberty. If civilization requires central planning, then Power wins. If a sound currency requires a central authority, then Power wins.

Liberty more than holds its own in this contest. Civilization not only emerges without government, the presence of authority is its greatest obstacle. The genesis of civilization is spontaneous order.

A common illustration of spontaneous order is the forging of a path through a pasture of tall grass. The first person to cross the field makes a crude trail, lined by broken stalks. Acting separately, ten more people choose to follow the crude path. A clear-cut trail begins to emerge, and it becomes the standard way for to cross the field. To use a famous phrase, the path is a "result of human action but not of human design."

The path example is a stripped-down version of spontaneous order. It conveys the basic idea, but the example is less than satisfying. For one thing, to replace the central-planning model of civilization, it is necessary to explain much more than how a trail is created. How does an immensely sophisticated, global network of interactions between strangers create civilizations? How do strangers form a seamless web that becomes a thriving economy and society?

Crypto provides the answer: cooperation, whether that goal is intentional or not. Some cooperation is intentional. Farmers sell produce to local markets; a team of programmers design the latest, greatest app; a hospital coordinates staff schedules, and the doctors consult on patients; truck drivers deliver goods to a given address; a start-up business contracts with a marketing expert; an international firm cements relations with its foreign counterparts. The cooperation is not aimed at creating civilization or society, however. It is motivated by self-interest, whether that concept is defined as profit, satisfaction, or some other form of payment.