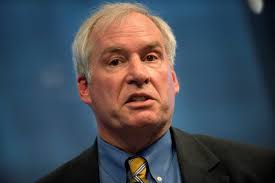 Thanks to the Trump fiscal stimulus, the economy may be decoupling from the rest of the world (at the cost of what the CBO described as a "catastrophic" debt load in the not too distant future) and growing at a torrid pace, at least until the fiscal stimulus fades, but according to at least one Fed president, now is the time to start preparing for the next recession.

Specifically addressing the next economic downturn, Rosengren said that In the U.S., state and local government financing "should be designed to buffer the economy during recessions." Quoted by Bloomberg, Rosengren said that such steps could include reducing the reliance on pro-cyclical revenue sources, shoring up pension liabilities and increasing "rainy-day funds" during economic upturns.