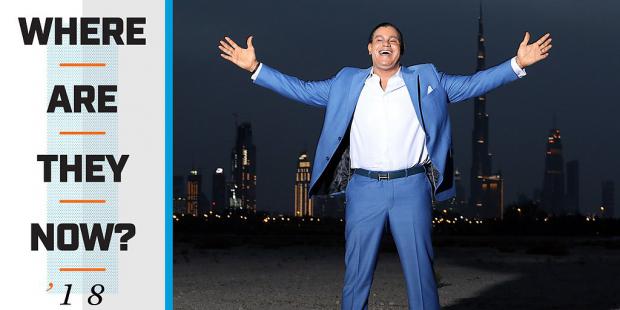 Sammy Sosa sat down for an interview with Sports Illustrated in Dubai, where he addressed the controversy over his drastically lightened skin tone

'This is my life, and I don't take garbage from nobody. I do whatever I want,' said Sosa about the controversy

'Look at what I am today,' Sosa also said while sipping a $100 scotch in the UAE, where he is now officially a resident

'It doesn't affect him, but I'm sure he feels a certain way,' said Sammy Jr, who stated that his father's 'personal decisions' have no impact on other people

Sosa was interviewed with Mark McGwire for a story marking the anniversary of the 1998 MLB season, when Sosa hit 66 home runs and McGwire 70