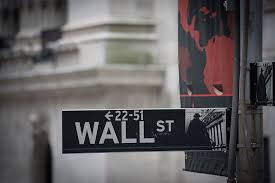 It may be a holiday-shortened week in the US, but there is still a lot of market-moving data over the next 5 days with payrolls report and FOMC minutes to look forward as well as a number of manufacturing sector reports around the world.  Politics shouldn't be too far from the spotlight either with Germany's domestic political situation over the weekend in focus, while tariff deadlines between the US and China/ROW also come to the fore.

All traders will be on deck for Friday, July 6th when not only get June payrolls, but growing trade wars culminate as the US is set to launch 25% tariffs on $34 billion of Chinese imports, provoking instant retaliation.

According to DB's Craig Nicol, politics could be the biggest test for markets next week starting with Germany this weekend. News of the migration deal at the EU summit last week has been welcomed in early comments from CSU leaders however the collapse of weekend talks and Seehofer's resignation offer, which then morphed into yet another ultimatum, has left Merkel's fate hanging on an announcement potentially any second.

Meanwhile there are several critical trade-related dates next week. Sunday marked the deadline for the US Treasury Department to release its report outlining investment restrictions on Chinese investments in certain US industries. Sunday was also the day that Canada's retaliatory tariffs on US steel and aluminium kicked in. But it is Friday that all eyes will be on when the US is scheduled to impose tariffs on $34bn of Chinese goods. So expect trade-related headlines to continue.

On the data front, we'll have to wait until Friday for the most significant release of the week with the June employment report due out in the US. At the time of writing, the consensus is for a 198k nonfarm payrolls reading. As a reminder May printed at a stronger than expected 223k. Average hourly earnings is expected to come in at a solid +0.3% mom which, if true, would push the annual rate up one-tenth to +2.8% yoy and back to the January highs. The unemployment rate is expected to hold at 3.8% and average weekly hours also stay unchanged at 34.5hrs.

In terms of other US data next week, we'll get confirmation of the final June PMIs (manufacturing on Monday and services/composite on Thursday) as well as the ISM manufacturing reading for June on Monday (small decline to 58.0 expected).

As a reminder, US markets will close early on Tuesday and then all day on Wednesday for Independence Day.

Away from the data the FOMC meeting minutes on Thursday evening should be one to watch with the market likely looking for confirmation of the more hawkish tilt that we got from the meeting statement, dot plots and Fed Chair Powell's press conference. Recent Fedspeak has been focused on trade war developments so it'll perhaps be interesting to see how much acknowledgment this gets, if any. In Europe the main highlight will likely be the final June PMI revisions on Monday (manufacturing) and Wednesday (services and composite). This will include a first look at the data for the periphery and UK. The 55.0 flash manufacturing and services prints are both expected to hold for the Eurozone.  Other potentially market sensitive data in Europe next week includes Germany's industrial production report for May on Friday (+0.2% mom expected).

In Asia the main focus will likely be tomorrow's official PMIs in China as well as the Caixin releases on Monday and Wednesday.

A full breakdown of the week's events on a day by day basis from DB:

Monday: Its a busy start to the week on Monday with a first look at June manufacturing PMIs for China (overnight), Spain, Italy and the UK along with final June manufacturing PMI reads for Japan, France, Germany, the Eurozone and the  US. The Q2 Tankan Survey is also out in Japan while in the US the June ISM manufacturing will also be closely watched in the afternoon. Other data due out includes May PPI and the unemployment rate reading for the Euro area.

Tuesday: Tuesday is a fairly light day for data with the only the May YTD budget balance in France, June construction PMI in the UK and May retail sales data for the Eurozone due in the morning. In the US we will get May factory orders and also final reads for May durable goods and consumer goods orders. Later in the evening June vehicle sales data will be released. Aside from the data, the ECB's Peter Praet will speak at a Romanian Central Bank conference in Bucharest while the European Council President Donald Tusk and European Commission President Jean-Claude Juncker will address the European Parliament.

Wednesday: On Wednesday we will get a first look at June services and composite PMIs for Japan and China (overnight), Spain, Italy and the UK along with final June services and composite PMI reads due for France, Germany and the Eurozone. There is nothing of note in the US with markets closed for Independence Day. Away from the data the BoE's Sam Woods and Vicky Saporta will be speaking at different times at a seminar in London on building a resilient U.K. financial sector. The BoJ's Harada will be also speaking at an event in the early morning.