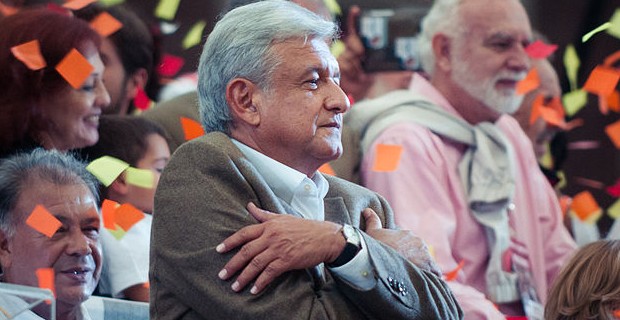 Mexico's new socialist president Andrés Manuel López Obrador, known as the Mexican Hugo Chavez, previously told citizens of the country they "must leave their towns and find a life in the United States."

Obrador, or "AMLO," claimed a landslide victory in Mexico's presidential election with 53% of the vote.

Obrador has also promised amnesty for drug cartels, nationalizing the oil industry, and a non-violent revolution to wipe out the country's corrupt elite, but who will lead it if half the population has left for America remains a mystery.

One wonders why, if AMLO's socialist/populist revolution is so fantastic, why anyone would want to flee Mexico? The mind truly boggles.

Maybe the 51% of U.S. millennials who support Communism or socialism should try to emigrate to Mexico now that their guy is in charge.