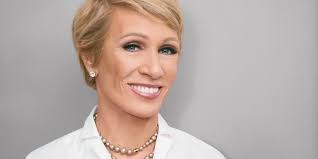 Millionaire investor and Shark Tank star Barbara Corcoran has revealed that buying a home with bitcoin is the future. Her comments come at a time when cryptocurrency's market capitalization has been plummeting for months now coupled with gruff criticism from some quarters.

In a recent interview with Money, Corcoran intimated that buying and selling a home for cryptocurrency makes a lot of sense and ideal for real estate. "I'm being very optimistic because, as a long-term play, it's perfectly suited for real estate transactions," She maintained.

The Shark Tank star, who made her fortunes as a real estate agent in New York, was of the opinion that bitcoin home sales will become a common phenomenon in the coming years.

Corcoran believes this will come about as the result of the flagship cryptocurrency's peer-to-peer nature, which removes extra cost creating transcending privacy. "It's peer-to-peer, with no central anything, and that's why it's so powerful. The main idea is to eliminate the middle guy," she emphasized.

As a matter of fact, many people were attracted to the so-called "cryptoshere" as a result of its peer-to-peer feature that removes the third party from all transactions. Concerning privacy in a financial transaction, which many people take for granted, cryptocurrency solidifies that.