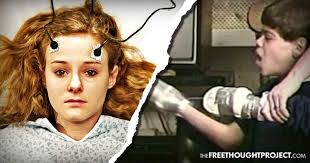 Bristol County, MA – Family Court Judge Katherine Field denied a motion to stop the use of electric shock on disabled students, a form of punishment that has been controversial for years after news of the practice first reached the public in 2013 when video surfaced of an 18-year-old student receiving dozens of shocks for refusing to take off his jacket.

"(The state) failed to demonstrate that there is now a professional consensus that the Level III aversive treatment used at JRC does not conform to the accepted standard of care for treating individuals with intellectual and developmental disabilities," Judge Field wrote in her decision.

The facility in question is the Judge Rotenberg Educational Center (JRC), a special needs day and residential school in Canton, and it is the only school in the country that still uses electric shocks on its students. Records show that at least 58 students at the school have received shocks as of August 2017.

Despite the obvious ethical concerns with this practice, there is a cult-like support among the staff and even some parents for what they call "aversive treatment."

A statement from the JRC Parents Group reads:

"As parents whose children attend and received treatment at the Judge Rotenberg Educational Center (JRC) we welcome the court's ruling and repudiation of Massachusetts government officials at the Department of Developmental Service (DDS), who acted in bad faith and impermissibly made treatment decisions for JRC Clients—our children, just as officials within the agency had done in the 1980s and 1990s."

However, the students being subjected to this abuse obviously disagree, and there are several former staff members who are now speaking out against the use of electric shock.

WILL WE GO BACK TO ONE ROOM SCHOOL HOUSE?

7 Words to Watch Out For in School

Black Lives Matter in schools across America: It starts by teaching young children...

Too Many Kids Are Being INDOCTRINATED in Schools

Tim Pool and Corey DeAngelis Are Right About Education, But This is What They Are Missing

NC School Board Candidate Calls Out Teachers for 'Political Agenda'