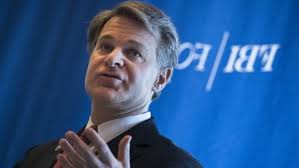 Tricoli, who had been at the FBI for 18 years, reportedly left last month to take a job with Charles Schwab Corp.

His departure raises questions about how the government plans to address the issue of election meddling, particularly with the midterm elections less than four months away.

Tricoli did not respond to requests for comment by the Journal.

"Needless to say, I take any effort to interfere with our election system by Russia or any other nation state or any non-nation state extremely seriously because it strikes right at the heart of who we are as a country," Wray said at the time. "We're focused very much forward-looking at the next couple of election cycles."