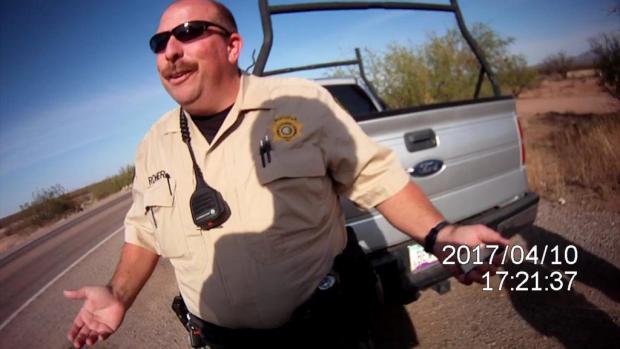 A recent lawsuit filed by a University of Arizona engineer is the latest round in the long-running battle some Arizona residents have been waging against Customs and Border Protection (CBP) checkpoints.

Just before the July 4 holiday, long-time U of A engineer and scientist Terry Bressi filed a revised complaint against the Pima County Sheriff's Department (PCSD), which in April 2017 detained Bressi for hours at the CBP SR 86 checkpoint, located roughly halfway between Tuscon and the Kitt Peak National Observatory where Bressi works. Bressi is well known to both CBP and PCSD, both having stopped and detained him on multiple occasions since 2002—despite the fact that Bressi is known to both organizations as a U.S. citizen with no history of smuggling or other criminal activity.

Why the stops and harassment? Because Bressi has dared to challenge the legality and legitimacy of domestic internal checkpoints.

His first checkpoint-related lawsuit was filed in 2002 against the Tono O'Odham tribal police and CBP for a stop that turned into a multi-hour detention without probable cause. The tribal police eventually settled the case for $210,000.

Bressi's victory came despite the efforts of the CBP union to get him fired from his U of A job. But the PCSD and CBP have continued targeting Bressi for stops and de facto illegal, roadside detentions, the latest incident occurring in April 2017 and triggering his current lawsuit.

What makes Bressi's lawsuit unique is that it highlights how CBP allows local and state law enforcement organizations receiving federal funds under the Operation Stonegarden program to collocate with CBP personnel at the checkpoints for generalized crime control operations—despite CBP's claims that the grants are to enhance "border security" operations.

The State Route 86 (SR 86) checkpoint operated by CBP where Bressi was detained and arrested is nearly 50 miles from the international border, and CBP routinely touts the drug busts that are made at or near the checkpoint.

Alex Jones Mobbed by Supporters As He Arrives At Arizona Protest...

Watch Live: Alex Jones On The Ground in Phoenix to Stop The Steal