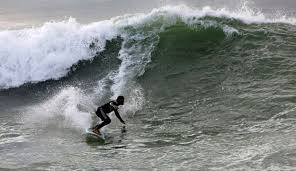 From his home in the Beach refugee camp of Gaza City, he dreamed of traveling abroad to hone the skills he had developed through constant practice.

Israel prevented him from realizing his ambitions.

In 2017, Raed was invited to a training course for surfers in Italy. He was unable to go. The Israeli authorities refused to allow him to leave Gaza.

Much worse was to come. On 6 April this year, Raed was badly injured as he participated in the Great March of Return in an area to the east of Gaza City.

Raed stood about 100 meters from the boundary between Gaza and Israel, waving a Palestinian flag. He was demonstrating in support of the right to return for refugees expelled from their homes by Zionist forces during the Nakba, the 1948 ethnic cleansing of Palestine.

As he demanded that basic right, he was attacked by an Israeli sniper.