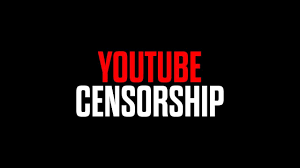 Conspiracy theorist Alex Jones' YouTube channel received a strike on Tuesday for violating the site's community guidelines, The Verge has learned. YouTube removed four videos from Jones' channel, which has 2.4 million subscribers, that contained instances of hate speech and child endangerment, sources familiar with the matter said. YouTube channels are deleted if they get three strikes in a three-month period.

The offending videos do not include Jones' threatening rant about Robert Mueller, which stirred a controversy earlier this week after it was posted on Facebook. That video does not appear to have been uploaded to YouTube.

A post on Infowars said the videos had been posted "in a news, documentary, scientific or artistic context." The Verge reached out to Infowars for comment and will update this post if we hear back.

"We have longstanding policies against child endangerment and hate speech," a YouTube spokeswoman said in a statement. "We apply our policies consistently according to the content in the videos, regardless of the speaker or the channel. We also have a clear three-strikes policy and we terminate channels when they receive three strikes in three months."

"We have longstanding policies against child endangerment and hate speech."

The video showing the child being shoved was posted to dozens of channels and was removed in each instance, sources said.

Jones' channel previously received a strike from YouTube in February after it promoted the false theory that survivors of the Parkland shooting were actually trained "crisis actors." That violated YouTube's policy against harassment and bullying. But strikes expire three months after they are issued, meaning Jones' channel currently just has one strike against it, sources said.

While YouTube removed four videos, they were bundled together into a single strike due to a quirk in how the system manages violations. Creators are asked to acknowledge strikes the first time they log in following one of their videos being removed. If more than one video receives a strike, they can be "bundled" into a single violation.

The system was designed that way so creators can take action on other videos on their channel if they think they might violate the community guidelines, sources said. But as this case shows, the system can also ironically offer more protection to creators who violate the community guidelines multiple times within a short period. Had Jones' channel posted these four videos at longer intervals, it very well could have been deleted from YouTube.