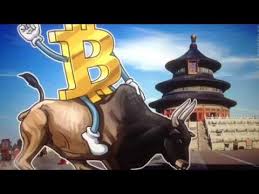 The bitcoin price is rallying, and this time, it looks like Wall Street has shown up to the party.

On Tuesday, bitcoin brief briefly broached the $8,500 threshold on Bitfinex for the first time since mid-May, and while it has since pulled back several hundred dollars from that two-month high, it has nevertheless risen 10 percent in the past week and 29 percent over the course of a month.

As noted by Mati Greenspan, a senior market analyst at eToro, this rally was fueled in the spot markets by the usual suspects — traders in Japan and South Korea — who provided a surge of volume to help push the bitcoin price past key levels.

"According to the volume on exchanges, it seems clear that the rally is being led by East Asia," Greenspan wrote in commentary provided to CCN. "The US Dollar had a spike as well but it was much more focused. Meaning that the Americans only participated during the extreme part of the surge and less in the before and after party."