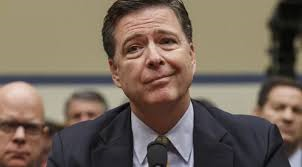 For nearly four years the FBI investigated the international theft of STEALTH defense technology from a small Florida marine company that invented an ingenious way to help protect Navy ships and nuclear ballistic submarines from being detected on enemy radar and sonar.

And on the eve before the case was go to a Grand Jury, the case was closed by then-FBI Director Robert Mueller and then-Attorney General Eric Holder.

"This was the original pay-to-play scheme and it involves Mueller, Holder, (James) Comey and (Hillary) Clinton," said Steve Morton, inventor and owner of a rare robotic ship and submarine stealth painting technology that can help make the U.S. Navy's fleet invisible on radar and sonar. "They allowed my technology to be stolen by European companies partnered with Lockheed Martin and Comey was the top lawyer for Lockheed.

Now my technology is being sold to the Chinese, Russians, and all over the world to enemies of the United States. I wonder how much Hillary Clinton made on this because she was Secretary of State when the probe was shut down."

Massive allegations against familiar players linked to numerous other FBI, DOJ and government scandals. But this time the stakes are much larger than a Uranium One scandal. That was millions. This is untold billions.

Another FBI cover up, Morton and FBI insiders said.

And Morton should know. He worked as the FBI's undercover informant on the case for almost four years, wearing a wire. Recording phone calls. Gathering evidence against Fincantieri, the massive Italian shipbuilder who the FBI had all but proven swiped Morton's Stealth painting technology as well as his company's computer files.