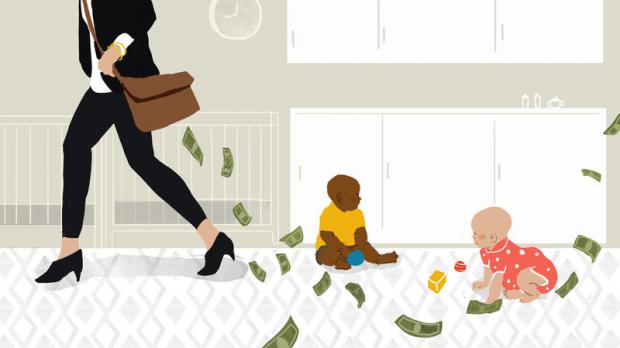 Having kids will cost you.

Child-care costs rose for the fifth year in a row and nearly one in five families is spending at least a quarter of its annual household income on child care, according to a new Care.com study. Using data from more than 1,000 parents nationwide, Care.com determined that in 2017 the average weekly cost for an infant in a day-care center is $211, versus $580 for a nanny.

"Child-care costs are steadily on the rise in America, and while we're excited to see the rise in the number of families budgeting, child-care costs still remain the No. 1 cost that surprises parents the most when they start having children," Dominique Baillet, the senior editorial director for Care.com, told Moneyish.

The cost of raising a child in a middle-income family is $233,610, according to the U.S. Department of Agriculture, which doesn't include the cost of college. But before their kids are ready for a secondary education, many families require child care for their offspring. The U.S. Census reports that 32.9% of children under age 5 are cared for in non-relative care, including day-care centers, preschools and in their own homes.

Voting Fraud Is Real: The Electoral System Is Vulnerable