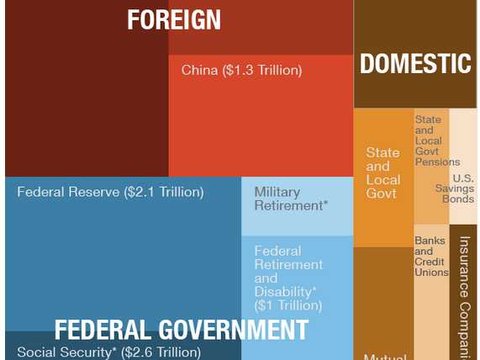 The housing market is now apparently turning down. Consumer incomes are limited by jobs offshoring and the ability of employers to hold down wages and salaries.  The Federal Reserve seems committed to higher interest rates—in my view to protect the exchange value of the US dollar on which Washington's power is based.  The arrogant fools in Washington, with whom I spent a quarter century, have, with their bellicosity and sanctions, encouraged nations with independent foreign and economic policies to drop the use of the dollar.  This takes some time to accomplish, but Russia, China, Iran, and India are apparently committed to dropping  or reducing the use of the US dollar.

A drop in the world demand for dollars can be destabilizing of the dollar's value unless the central banks of Japan, UK, and EU continue to support the dollar's exchange value, either by purchasing dollars with their currencies or by printing offsetting amounts of their currencies to keep the dollar's value stable.  So far they have been willing to do both.  However, Trump's criticisms of Europe has soured Europe against Trump, with a corresponding weakening of the willingness to cover for the US.  Japan's colonial status vis-a-vis the US since the Second World War is being stressed by the hostility that Washington is introducing into Japan's part of the world.  The orchestrated Washington tensions with North Korea and China do not serve Japan, and those Japanese politicians who are not heavily on the US payroll are aware that Japan is being put on the line for American, not Japanese interests.