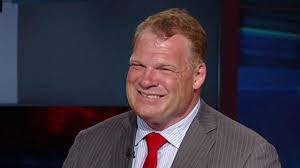 At his watch party, Jacobs, a Republican, claimed his victory while reminding his constituents that when he first announced his bid for mayor, he was greeted with "pretty resounding laughter" from some politicians, according to the Knoxville News Sentinel.

"But this professional wrestler got into a no-holds-barred, last-man-standing match, and when the bell rung, he was victorious," he told attendees at his watch party, according to the paper. "We were victorious."

"People are sick and tired of career politicians, and we have seen that at the highest level," Jacobs told Fox News in May.

The Right Vs. Left Battle Has REALLY Escalated!