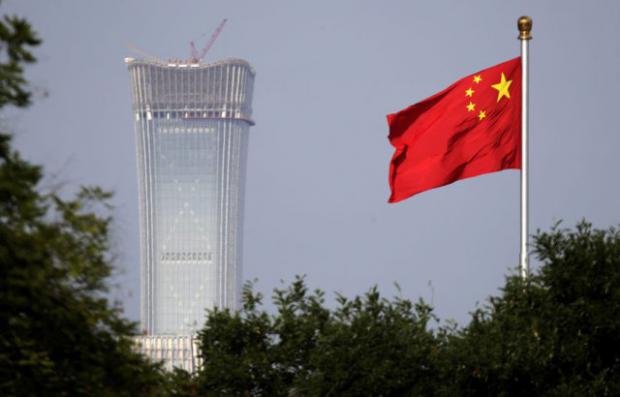 China's state-run newspaper Global Times derided critics in the West Thursday for condemning a new initiative forcing all religious buildings to fly China's red flag as a means to "enhance the concept of nation."

The newspaper claimed the move was necessary because, without imposing the government's wishes on individual religions, the nation could "lurch toward war."

Requiring religious institutions to fly the national flag, a symbol of the nation's embrace of communism in 1949, is necessary because "religions are exclusive" and the government has a responsibility to work on "strengthening people's national and civic consciousness," the Global Times argued.

According to the state newspaper, the proposal to make all buildings fly the flag came from "the country's major religious associations." China recognizes only five religions legally—Protestant Christianity, Catholic Christianity, Islam, Taoism, and Buddhism—and has established government-recognized "patriotic" institutions that govern each. Chinese citizens who wish to worship outside of government institutions are considered criminals. Beijing has increased its persecution of unofficial "house" churches and home worship under Communist Party leader Xi Jinping.

"The country's major religious associations on Tuesday proposed an initiative demanding that all religious venues raise China's national flag to strengthen awareness of respect for the flag and preserve the flag's dignity," the Times noted, adding that "some Western media outlets" condemned the move as stifling religious expression.

"A national flag is a symbol of the country that should be respected by all citizens," the Global Times insisted. "The display of national flags is not only recognition of national sovereignty, but also a manifestation of love for the country."

China Extends Reach in the Caribbean, Unsettling the U.S.