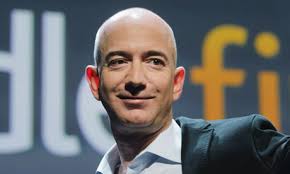 SEATTLE (Reuters) - Amazon.com founder Jeff Bezos is racing to pull his private space company out of start-up mode and move into production amid signals that his firm's heavy rocket set for lift-off in 2020 may slip behind schedule, according to people familiar with the project.

Blue Origin has added hundreds of engineers over the past three years and continues to ramp up in an expansion that one employee described as "hyperbolic." The Kent, Washington-based company is looking to double its current workforce to around 3,000 employees over the next two to three years, a top customer told Reuters.

The urgency centers on a rocket dubbed New Glenn. The heavy-launch vehicle, which Bezos promises will be able to haul satellites and, eventually, people into orbit, is central to the company's hopes of winning lucrative military and commercial contracts.

New Glenn's first-stage booster will be reusable, a key piece of Bezos' strategy to lower costs and increase the frequency of launches. Blue Origin executives have stated publicly that test flights will begin within two years.

But whether Blue Origin can hit that mark remains to be seen.

With the clock ticking on 2020, company engineers are still finalizing details on New Glenn's design and just beginning to build model components that must be put through extreme testing, people familiar with the project said. They requested anonymity because they are not authorized to speak publicly.