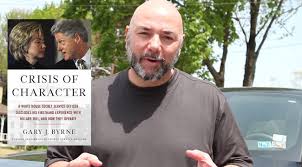 (Natural News) If you watched the results come in live during the 2016 presidential election, you may recall the many crying and agonizing faces of the Left as it became clear that their leader, Hillary Clinton, wasn't going to seize the White House as she had planned. And it's certainly a good thing that she didn't, seeing as how the ugly truth about this vile woman remains largely unknown to many Democrats who still see her as a strong, independent, and principled person – the exact opposite of who she truly is.

Former White House Secret Service Agent Gary Byrne tells all in a new book, Crisis of Character, revealing the true Hillary Clinton: an angry, violent, and dangerous person who puts on fake smiles and laughter for the public, but who's actually a devilish fiend behind closed doors.

Watch the video clip below from REAL.video, in which Byrne explains how he witnessed first-hand all sorts of corruption, abuse, and impropriety in the Bill Clinton White House:

Obama, Clinton, Biden and Brennan will "hang for treason" when this evidence comes out…