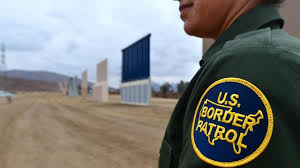 It's apparently not enough for Joe Crowley, who recently lost his House seat to a 28-year-old socialist, for many illegal aliens to milk the welfare system and not be deported. He actually wants to see them receive taxpayer dollars as support for all that he says they've had to endure under the Trump administration.

"I suggest they need to be compensated for what this administration did," Crowley, who shares the same last name as renowned satanist Aleister Crowley, stated during a recent Democratic weekly news conference – referring, of course, to the mainstream media's ongoing fake news hysteria over illegal immigrant children allegedly being "ripped from their families" at the border.

Crowley's recommendation comes at the same time that another prominent Democrat, Pennsylvania candidate Scott Wallace, is openly calling for American families who have more than two children to be taxed to the hilt for being "irresponsible breeders."

Keep in mind that illegal alien families often have far more children than this, and already cost American taxpayers $1,000 annually per household. This represent the latest figures released by the Federation for American Immigration Reform (FAIR), which says illegal immigration is currently costing American taxpayers upwards of $113 billion per year.