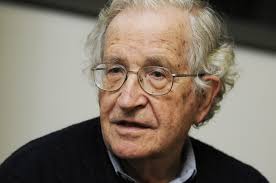 World-renowned author and lecturer Noam Chomsky pointed out in a recent interview that Israel has actually had far more influence in the United States political system than Russia ever has, in the wake of mass media hysteria about alleged "collusion" in the 2016 election.

In an interview with Amy Goodman of Democracy Now, Chomsky said:

So, take, say, the huge issue of interference in our pristine elections. Did the Russians interfere in our elections? An issue of overwhelming concern in the media. I mean, in most of the world, that's almost a joke. First of all, if you're interested in foreign interference in our elections, whatever the Russians may have done barely counts or weighs in the balance as compared with what another state does, openly, brazenly and with enormous support. Israeli intervention in U.S. elections vastly overwhelms anything the Russians may have done, I mean, even to the point where the prime minister of Israel, Netanyahu, goes directly to Congress, without even informing the president, and speaks to Congress, with overwhelming applause, to try to undermine the president's policies—what happened with Obama and Netanyahu in 2015. Did Putin come to give an address to the joint sessions of Congress trying to—calling on them to reverse U.S. policy, without even informing the president? And that's just a tiny bit of this overwhelming influence. So if you happen to be interested in influence of—foreign influence on elections, there are places to look. But even that is a joke.

Chomsky went on to point out that:

That's only one part of it. Lobbyists practically write legislation in congressional offices. In massive ways, the concentrated private capital, corporate russector, super wealth, intervene in our elections, massively, overwhelmingly, to the extent that the most elementary principles of democracy are undermined. Now, of course, all that is technically legal, but that tells you something about the way the society functions. So, if you're concerned with our elections and how they operate and how they relate to what would happen in a democratic society, taking a look at Russian hacking is absolutely the wrong place to look. Well, you see occasionally some attention to these matters in the media, but very minor as compared with the extremely marginal question of Russian hacking.

Chomsky is one of the few intellectuals in the public eye who can get away with being so critical of Israel, because he has Jewish heritage, despite being non-religious. It is common for anyone critical of Israel's policies to be labeled as an anti-semitic.

Pink Floyd frontman Roger Waters, another outspoken critic of Israel, said in a 2016 interview that anyone who speaks out about the apartheid state is labeled as anti-semitic.

"The only response to BDS is that it is anti-Semitic, I know this because I have been accused of being a Nazi and an anti-Semite for the past 10 years. My industry has been particularly recalcitrant in even raising a voice [against Israel]. There's me and Elvis Costello, Brian Eno, Manic Street Preachers, one or two others, but there's nobody in the United States where I live. I've talked to a lot of them, and they are scared s***less…." he said.

"If they say something in public they will no longer have a career. They will be destroyed. I'm hoping to encourage some of them to stop being frightened and to stand up and be counted because we need them. We need them desperately in this conversation in the same way we needed musicians to join protesters over Vietnam," Waters added.