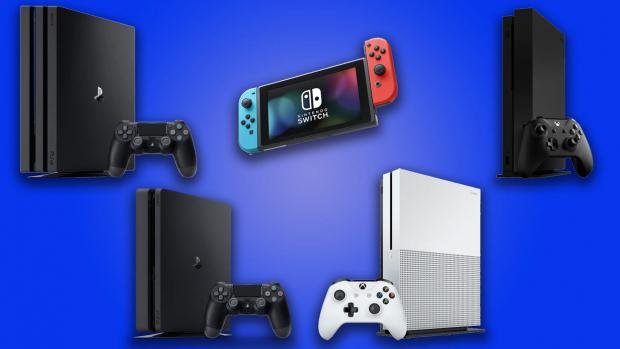 But honestly, we're not really ready for them yet anyway – this is the prime time of the current console generation, when companies have settled into the rhythm and are releasing a solid stream of great games that push the hardware to its limits. If you haven't already jumped in, now is the perfect time, and to help you decide which console is for you New Atlas is comparing the specs and features of Microsoft's Xbox One, Sony's PlayStation 4, and Nintendo's Switch.

While there's plenty of crossover of course, the three main players are each targeting different corners of the gaming market. Microsoft is trying to cater to a wider entertainment audience by making the Xbox One an "all-in-one" hub, rolling in games, streaming video and music, and even live TV. Sony is more focused on the games themselves, offering a wide range of titles from kid-friendly platformers to gory, gritty shooters and mature story-driven adventures. And then there's the ever-quirky Nintendo, which has for decades nailed the Disney tactic of catering to kids without ostracizing adults, and now released a console that can be plugged into a TV at home or taken on the go.

It's also worth noting that both the PlayStation 4 and Xbox One have received mid-generation hardware upgrades, in the form of the PS4 Pro and Xbox One X. We've included them in this roundup because they both represent decent steps up from the base models – and when we say "base models," we're referring to the Xbox One S and PS4 "Slim," which were released in 2016 to replace the aging launch editions.