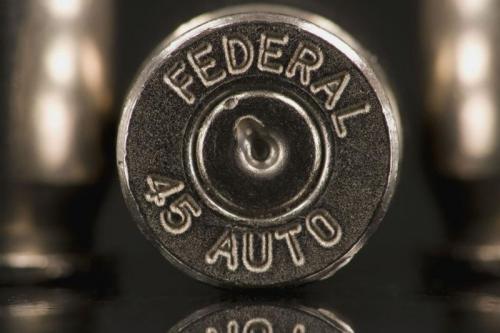 The microstamping law - the first of its kind in the nation signed in 2007 by then-governor Arnold Schwarzenegger, took effect in 2013. It requires that brand new handguns sold in California imprint the gun's make, model and serial number in "two or more places" on each bullet casing from a spent round.

The result of the new law was Smith & Wesson, Ruger and other manufacturers opting to pull out of California.

Gun rights advocates have slammed the law, as the technology doesn't exist to stamp bullet casings in two places as the law is written, and even if it did, criminals could replace or file down the firing pin and any other mechanism to "microstamp."

The law became effective as soon as the California Department of Justice certified that the technology used to create the imprint was available. When this certification occurred in 2013, the State clarified that the certification confirmed only "the lack of any patent restrictions on the imprinting technology, not the availability of the technology itself."  In layman's terms, the state was saying that nothing was stopping someone from developing the technology, so it was "available," even though it wasn't. -NRA-ILA