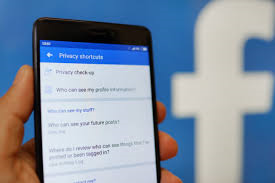 Facebook increasingly wants to be a platform where people buy and sell goods and services, besides connecting with friends. The company over the past year asked JPMorgan Chase & Co., Wells Fargo & Co., Citigroup Inc. and U.S. Bancorp to discuss potential offerings it could host for bank customers on Facebook Messenger, said people familiar with the matter. -WSJ

Facebook's new feature would show people their checking account balances, as well as offer fraud alerts, according to the WSJ's sources, while the banks are apparently waffling over data privacy concerns.

The negotiations come as the social media giant has fallen under several investigations over data harvesting, including its ties to political analytics firm Cambridge Analytica, which was able to gain access to the data of as many as 87 million Facebook users without their consent.

One large bank withdrew from talks due to privacy concerns, according to the Journal, however Facebook swears that they're simply trying to enhance the user experience and won't use any banking data for ad-targeting.