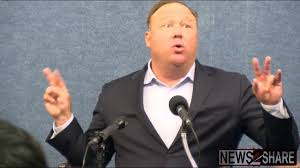 , The Alex Jones Channel on YouTube which had 2.4 million followers was terminated on Monday "for violating YouTube's Community Guidelines," along with the Ron Gibson channel which archived Jones' daily shows.

Earlier Monday we reported that Apple had completely removed five of Infowars' six podcasts from its iTunes and Podcast apps under their hate speech guidelines, reports BuzzFeed News - including the daily Alex Jones podcast and the show "War Room" - in "one of the largest enforcement actions intended to curb conspiratorial news content by a technology company to date."