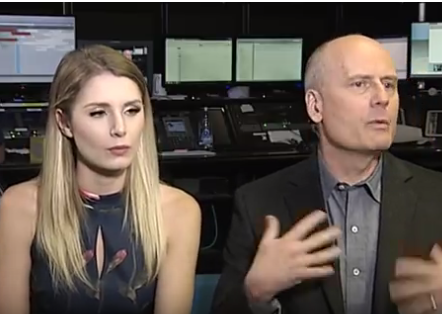 The self-described "alt-media" pair was swinging by Auckland on the final stop in their antipodean tour, fresh off the back of visiting Australia, where Southern begged God not to "nuke Melbourne" for it's supposed Biblical sins. Dogged by controversy, it appears that strife followed them across the Tasman with their only New Zealand venue canceling at the last minute.

Due to a raft of complaints, owner of Auckland's Powerstation venue Gabrielle Mullins canceled the event, citing a disagreement with the speakers' message. "As soon as we found out [what their message was], we weren't comfortable at all because it goes against quite a lot of things that we say," the owner told the NZ Herald. "They can say whatever they want but personally I don't want it in my venue."

Southern took to Twitter, lampooning yet another cancelation by quoting the Lord of the Rings, a film New Zealand is famous for. "One does not simply walk into a venue in New Zealand," she wrote to her 387,000 followers.