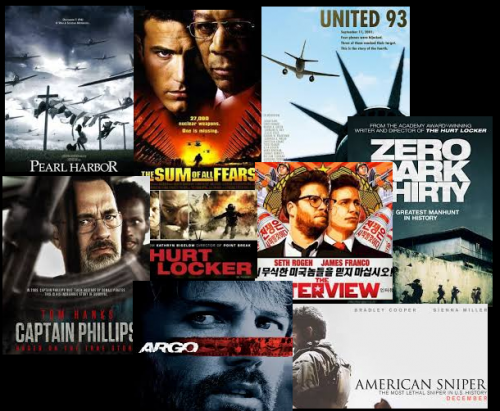 The report noted at the time that "These documents for the first time demonstrate that the US government has worked behind the scenes on over 800 major movies and more than 1,000 TV titles."

Reviewing the ever expanding list, the average movie watcher might be in for a shock at what films are actually included — there are the more predictable ones like Black Hawk Down, Zero Dark Thirty, and Lone Survivor; but also entirely unexpected ones that apparently needed the military-industrial complex's propaganda touch like Earnest Saves Christmas, Karate Kid 2, The Silence of the Lambs, Twister, the Iron Man movies, and more recently Pitch Perfect 3.

When a Hollywood writer or producer approaches the Pentagon and asks for access to military assets to help make their film, they have to submit their script to the entertainment liaison offices for vetting. Ultimately, the man with the final say is Phil Strub, the Department of Defense's (DOD) chief Hollywood liaison, who has been at the helm of this formerly semi-secret department going all the way back to 1989.