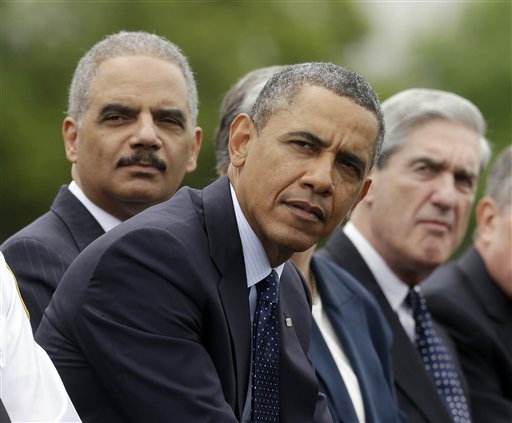 In 1978 Congress passed the Inspector General Act as means to combat problems of "waste, fraud and abuse within designated federal departments and agencies." President Jimmy Carter hailed the Inspector General system as "the most important new tool in the fight against fraud" and pointed out that "their ultimate responsibility is not to any individual, but to the public interest."

The Act created the Office of Inspector General as an independent watchdog within the executive branch, tasked with rooting out any sort of misuse, abuse or corruption of federal power, whether internal to an agency or in its public interactions. To ensure this investigative agency could function effectively, the law provided the IG's internal investigators with prompt, unfettered access to any information, materials or personnel that the IG deemed relevant to its investigation.

Department of Justice Inspector General Michael Horowitz stated that IG investigators never had a problem gaining access to requested materials, until 2010 when the  IG began to probe the FBI. The IG's investigation centered around the so-called Fast and Furious operation, a botched plan for the ATF and FBI to sell over 2,000 automatic and semi-automatic firearms to "straw purchasers" in order track the guns bakc to Mexican drug cartel leaders and arrest them on weapons charges.

For all of the firearms funneled to the most lawless violent criminal elements perhaps on this continent, the operation produced not a single arrest of any cartel leader and only about 700 of the more than 2000 supposedly-traced guns were ever recovered. Some of the weapons were eventually identified at crime scenes involving the murder or maiming of at least 150 Mexican citizens, as well as the killing of a U.S. Border Patrol agent.

When the IG requested materials from the FBI in its investigation of this deadly federal debacle, Attorney General Eric Holder refused to release the documents in the case, obstructing a full and proper investigation by the IG. Holder was so committed to keeping the dirty secrets behind this Obama-blessed travesty that he became the first sitting member of a presidential cabinet to be held in contempt by Congress, over his stonewalling in the matter.

At Holder's request, President Obama invoked executive privilege for the first time in his presidency in order to withhold the documents that would reveal the truth about the administration's ill-conceived, sloppily-executed gun smuggling operation. Not content to merely block the Fast and Furious inquiry, Holder proceeded to interpret the 1978 IG Act in a manner that gave the DOJ authority in any investigation to withhold evidence, at their discretion.

Inspector General Horowitz commented, "No law changed, no policy changed…it was simply a decision by the FBI's General Counsel's Office that they now viewed the law differently, and as a result, they weren't going to give us certain information."