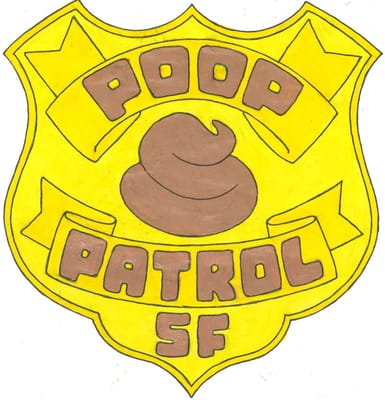 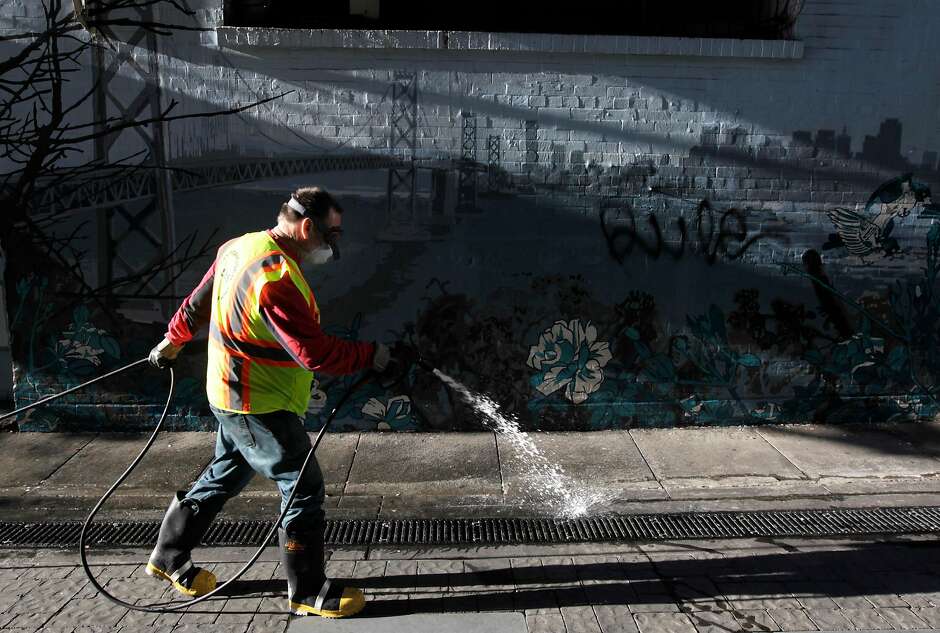 Steve Mahoney sprays disinfectant on the ground before using a power washer to clean Jack Kerouac Alley for the Department of Public Works in San Francisco, Calif. on Wednesday, May 14, 2014. Supervisor Scott Weiner is seeking to boost the department's budget and add additional cleaning crews to battle a growing problem of urine and feces covering streets and sidewalks throughout the city.

In a city where filthy sidewalks are many residents' No. 1 complaint, City Hall has come up with a new way to deal with No. 2.

It sounds like silly elementary school banter, but it's real. San Francisco is about to launch the Poop Patrol.

In about a month, a team of five Public Works staffers will begin patrolling the alleys around Polk Street and other hot spots in a vehicle equipped with a steam cleaner.

They'll begin their shifts in the afternoon, as the city starts losing its sheen from overnight cleaning. The Poop Patrol's mission? To spot and clean piles of feces before anybody complains about them.

"We're trying to be proactive," explained Public Works director Mohammed Nuru. "We're actually out there looking for it."

We're all out there looking for it, our eyes trained on the sidewalks as we walk so as to avoid that awful squishy feeling.

I admit to giggling when Nuru told me about plans for the Poop Patrol the other day. But in a city where people called 311 to report feces a whopping 14,597 times between Jan. 1 and Monday morning, public piles of poop are serious business.

For the record, that's about 65 calls regarding sidewalk poop every day. And it's 2,427 more calls on the stinky subject than were made in the same time period last year.

The Poop Patrol idea sprung from conversations between Nuru and Mayor London Breed, both of whom have expressed disgust with the filthy conditions of our sidewalks.