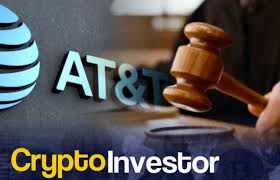 And sure enough, Reuters reports that entrepreneur and cryptocurrency investor Michael Terpin filed a $224 million lawsuit on Wednesday against AT&T, accusing the telecom giant "of fraud and gross negligence in connection with the theft of digital currency tokens from his personal account."

In the 69-page complaint filed with the District Court in Los Angeles, Terpin alleged that on January 7, 2018, the tokens were stolen from him through what he alleged was a "digital identity theft" of his cellphone account while AT&T was his service provider.

At the time of the theft, the three million stolen tokens were worth $23.8 million, the complaint said. Terpin is also seeking $200 million in punitive damages. Terpin also claims that AT&T had been previously contacted by law enforcement authorities about such frauds, but did nothing to prevent it.

The lawsuit alleges that the theft of the tokens occurred through what is called a SIM swap fraud.

SIM swapping consists of tricking a provider into transferring a subscriber's phone number to a SIM card controlled by someone else. Once that person gets the phone number, it can be used to reset the subscriber's passwords and access online accounts.