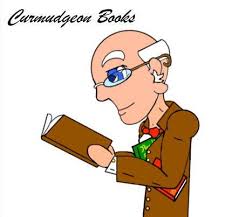 You know the type.

Middle-aged, male, tired of his job. He's been around for ages and moans about how things were done 10 times better back in the day. Every so often, he snaps pointlessly at a co-worker. He's the office curmudgeon. It's time for him to go, and he probably realizes it.

Workplace grouches are usually ignored or fired, but the National Security Agency gave a unique platform to one of its own. In the mid-aughts, in an internal newsletter, the NSA published a series of articles by Rahe Clancy, an eavesdropper disillusioned with what the agency had become and what he was doing there. It's not that Clancy disliked spying on people or governments — he supported the collection of signals intelligence, or SIGINT — but he felt that the NSA had lost its way.

After 30 years on the job, he wrote, "I found myself turning into a SIGINT Curmudgeon." In 2005, he published his coming-out article for the newsletter, SIDtoday, which was targeted at the agency's core Signals Intelligence Directorate. Clancy wrote that he was particularly worried about the future of his area of expertise, known as "collection," through which the NSA intercepts and downloads a variety of transmissions, both earthbound and from satellites.