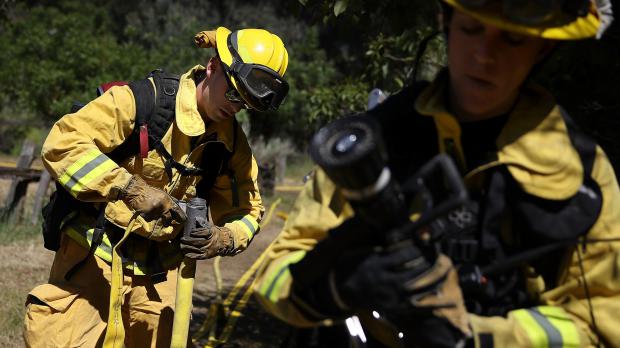 A little more than a decade ago, Verizon Wireless settled a dispute with the New York Attorney General over the definition of "unlimited" data.

As part of the settlement, Verizon was forced to reimburse consumers to the tune of $1 million after a nine-month investigation found it was advertising wireless connections as "unlimited," but then kicking users off of the Verizon Wireless network for "excessive use"—without disclosing the hidden limits of these connections.

Ten years later and it's not clear that Verizon has learned much of anything from the experience.

The company made headlines again this week after a brief filed by net neutrality advocates highlighted that Verizon had throttled the "unlimited" data connection of the Santa Clara County Fire Department as it struggled to battle the Mendocino Complex Fire, one of the largest forest fires in California's history.

Verizon Wireless routinely embeds all manner of limits in its unlimited mobile data plans, including restrictions on HD streaming, restrictions on the use of phones as modems or hotspots, and a general 25 GB consumption limit that results in users having their connections throttled to a crawl.

In this case, Verizon's throttling caveat wound up crippling the cellular connection embedded in "OES 5262," a mobile command and control vehicle the department uses to manage and coordinate emergency response. Instead of a 50 Mbps connection, the fire department was left trying to battle a raging fire with the equivalent of a dial-up modem (30 kbps).

Emails last June from Fire Captain Justin Stockman to Verizon show this wasn't the first time this had happened.

"Verizon is currently throttling OES 5262 so severely that it's hampering operations for the assigned crew," Stockman wrote. "This is not the first time we have had this issue. In December of 2017 while deployed to the Prado Mobilization Center supporting a series of large wildfires, we had the same device with the same SIM card also throttled."

Verizon's own internal policies state that such restrictions aren't supposed to apply to first responder connections. But when the department contacted Verizon, the company's first reaction wasn't to immediately fix the problem—but to try and upsell the Fire Department to a new wireless plan that was twice as expensive.

Instead of its original $38 per month plan, the fire department was told it would need to pony up for a $100 per month unlimited plan. And even that "unlimited" option involved very real limits, including a 20 GB monthly cap and $8 per gigabyte overage fees should that limit be exceeded.