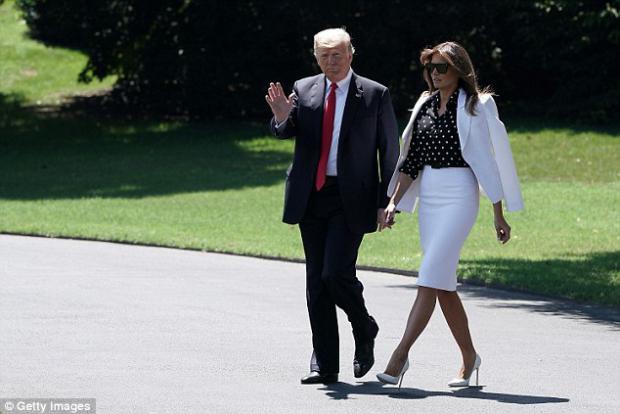 The couple left the White House Friday en route to Ohio as yet another key player from Trump's inner circle was revealed to have made a deal with investigators.

Federal prosecutors granted an immunity deal to Allen Weisselberg, the chief financial officer of the Trump Organization, in their probe that secured a guilty plea from Trump lawyer Michael Cohen, it was revealed Friday.

News of Weisselberg's immunity deal comes a day after it was revealed American Media Inc. publisher David Pecker received immunity. Pecker's firm paid McDougal $150,000 and promised magazine covers and work in exchange for the 'life rights' of her story about an affair with a married man.

Trump's trip to Ohio may be a welcome diversion from the encirclement. He attends a fundraising roundtable with supporters in Columbus. He also is attending the Ohio Republican Party State Dinner. He carried the Buckeye State in 2016, though the govenor, John Kasich, will snub him by skipping the event.

Give Me A Break