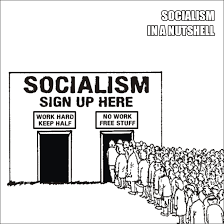 Please take note that when the GOP held both houses of ill repute and the Offal Office in 2000-2006, they managed to ramp up spending, increase debt and stumble into money laundering operations planet-wide for the military-industrial complex. Now with the political brothels under the thrall of the GOP, they have done nothing for liberty.

If you aren't attending to training and acquiring the right tools for the coming Endarkenment, you are doing your children a disservice.

Turn off all cable and satellite, cancel the newspaper subscriptions and don't ever watch a newscast again.

Why do you think they call it programming?

Why are any of you surprised when your urchins visit over the summer or holidays on return from whatever phase of programming they're undergoing at university and they talk like they are emissaries from Mao's Cultural Revolution?