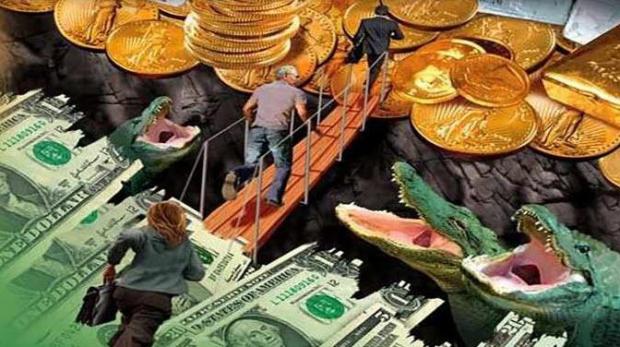 This week, we welcome back to the podcast Brien Lundin, publisher of Gold Newsletter and producer of the New Orleans Investment Conference (Nov 1-4, 2018). FYI: both Chris and I will be speaking there again this year.

Brien predicts that the brutal period for precious metals may soon be over. In fact, he now seeing a bullish alignment of factors he's seen before, which precursored a sharp move upwards in the prices of gold and silver:

The paper-gold market is divided by the Commodity Futures Trading Commission into four or five large groups. The big players are, on one side, the large speculators. On the other side the large commercials.

The large commercials historically have been the people involved in the market and the agricultural commodities -- a good example being the big farmers and farming cooperatives. In the metals industry typically it's the jewelers and people who use metals in their everyday business, so they have to hedge the price.

However, a lot of these people in the metals business have turned to the big bullion banks like JP Morgan, etc, to do their hedging for them. So now you have these big bullion banks on the commercial side, who also have proprietary trading desks. So the picture gets a little fuzzy. It gets a little murky in that the large commercials are not just the industry companies -- the groups that are involved in the business that need precious metals as a part of the fashioning of their products, etc -- but also these big, bullion banks that have trading desks.

On the other side, you have large speculators -- hedge funds, institutions and the like that get involved in trading the metals, basically just placing bets one way or the other.