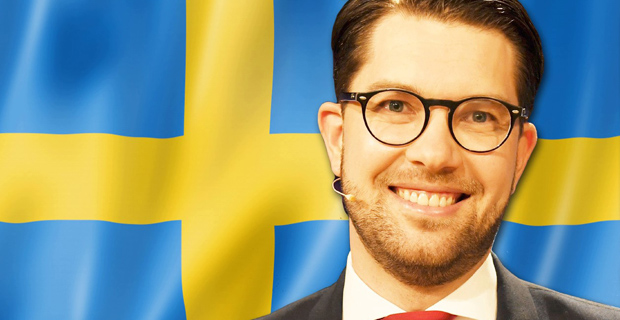 The populist Sweden Democrats have secured their biggest ever share of the public vote in Sweden, while the ruling Social Democrats put in their worst performance since 1908.

The Sweden Democrats took 17.6 percent of the vote, only slightly behind the establishment 'centre-right' Moderate Party, who slipped to 19.8 percent.

Meanwhile, the ruling Social Democrat Party gave their worst showing in a hundred years, while their Green Party coalition partners barely exceeded the 4 percent threshold required for any parliamentary representation at all.

Although the Sweden Democrats fell slightly short of a second-place finish, populist leader Jimmie Åkesson — who pushed through the election campaign despite Islamist threats against his family — told supporters they were the "real winners" in the election, suggesting they could serve as kingmakers with the left-liberal and 'centre-right' blocs unable to form parliamentary majorities on their own.

"We have increased our mandate in parliament and we see that we will have an immense influence on what is happening in Sweden in the next week, the next few months and the next few years," he told supporters.

Letters to the Editor • Voting and Elections