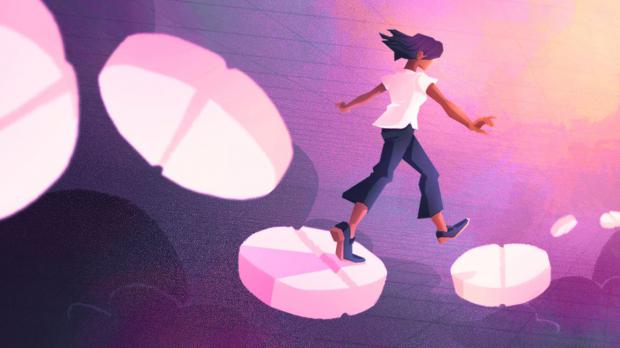 After Jillian Bauer-Reese created an online collection of opioid recovery stories, she began to get calls for help from reporters. But she was dismayed by the narrowness of the requests, which sought only one type of interviewee.

"They were looking for people who had started on a prescription from a doctor or a dentist," says Bauer-Reese, an assistant professor of journalism at Temple University in Philadelphia. "They had essentially identified a story that they wanted to tell and were looking for a character who could tell that story."

Although this profile doesn't fit most people who become addicted, it is typical in reporting on opioids. Often, stories focus exclusively on people whose use started with a prescription; take this, from CNN ("It all started with pain killers after a dentist appointment."), and this, from New York's NBC affiliate ("He started taking Oxycontin after a crash.")

Alternatively, reporters downplay their subjects' earlier drug misuse to emphasize the role of the medical system, as seen in this piece from the Kansas City Star. The story, headlined "Prescription pills; addiction 'hell,'" features a woman whose addiction supposedly started after surgery, but only later mentions that she'd previously used crystal meth for six months.

The "relatable" story journalists and editors tend to seek—of a good girl or guy (usually, in this crisis, white) gone bad because pharma greed led to overprescribing—does not accurately characterize the most common story of opioid addiction. Most opioid patients never get addicted and most people who do get addicted didn't start their opioid addiction with a doctor's prescription. The result of this skewed public conversation around opioids has been policies focused relentlessly on cutting prescriptions, without regard for providing alternative treatment for either pain or addiction.

While some people become addicted after getting an opioid prescription for reasons such as a sports injury or wisdom teeth removal, 80 percent start by using drugs not prescribed to them, typically obtained from a friend or family member, according to surveys conducted for the government's National Household Survey on Drug Use and Health. Most of those who misuse opioids have also already gone far beyond experimentation with marijuana and alcohol when they begin: 70 percent have previously taken drugs such as cocaine or methamphetamine.

Are Clinical Trials of Hydroxychloroquine Designed to Kill People to Prove it Should Not be Used?